Semantic Memory: “It’s on the tip of my tongue!”

“It’s on the tip of my tongue!” Semantic memory stores what we now about the world and language. When we want to remember certain things that we’ve learned like the capital of France or the current president of the United States, we’re efficiently using our semantic memory.Find out what semantic memory is, how it works, how it can be improved, and some of the problems related to poor semantic memory.

What is semantic memory?

What is semantic memory? Tulving was the first person to establish the term “semantic memory”, which is a type of memory that holds meaning and general knowledge, where our specific experiences don’t come into play.

For example, if you want to answer the question “how many hours are there in a day?”, you don’t have to remember the exact moment in your life that you learned it. Semantic memory allows us to “automatically” remember that there are 24 hours in a day, without having to recall the specific events that led to us learning the information.

We use semantic memory to remember concepts that we’ve learned about the world and language. There is also a type of long-term memory that we acquire that, once it’s learned, we’ll remember it for the rest of our lives.

Semantic memory extends to all of the knowledge that we may learn. For example, if we want to remember that a lion is a mamas that has 4 legs, you don’t need to relate it to any specific event or experience that you’ve had with a lion- it’s just in our brain.

Where are words located in the brain? A team of scientists created an interactive map of the areas of the brain that are activated when certain words are heard. This semantic brain map shows how language is distributed through the cortex and both hemispheres of the brain, grouping words by meaning and constructing a brain dictionary. 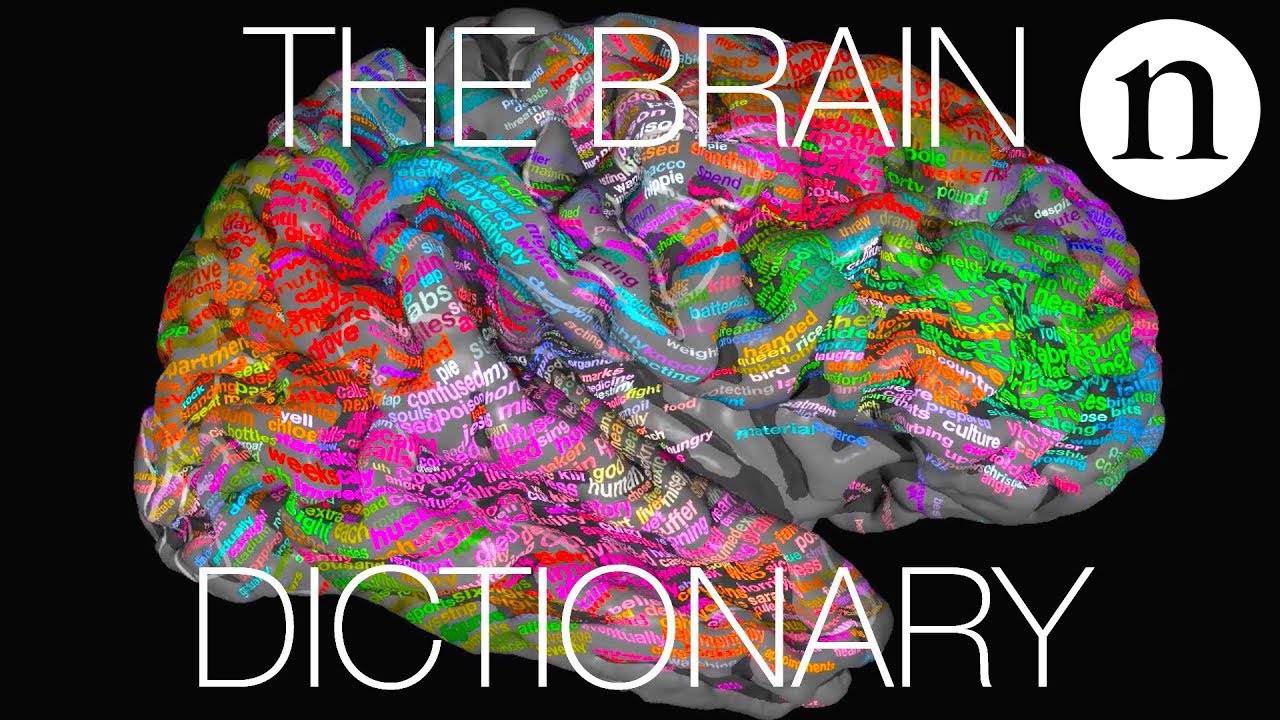 What does semantic memory do?

Semantic memory gives us a mental dictionary that organizes words, concepts, and symbols that we store throughout our life. It allows us to reserve cognitive resources and interpret, quickly and easily, the world in which we live.

Semantic memory is a fundamental part of our daily life. For example, it allows us to “automatically” know that lions are mammals, without having to go through our brain and think bout the lions that we’ve seen in our life.

Our semantic memory gives a general meaning to the word “lion”: Large mammal with four legs and lots of hair around its head.

If we had to think about all of the lions that exist in the world in order to remember and describe it, it would be impossible. Semantic memory gives us the ability to group multiple concrete concepts (animals, people, objects, etc.) into general concepts. These things can be categorized into an infinite number of areas, like animals, objects, living things, non-living things, mammals, reptiles, etc.).

People with semantic dementia: Have problems finding the right meanings for concepts. As with almost any pathology or disorder, symptoms and characteristics of the disorder vary from patient to patient. Semantic dementia is characterized by a difficulty in remembering the meaning of concepts or words, but don’t necessarily have trouble carrying-out the task that the word represents. For example, they may have trouble remembering the word/concept “iron”, but they would be able to use an iron.

People with damage to the prefrontal cortex: It’s been shown that patients with damage to the prefrontal cortex may have trouble carrying-out a task related to a certain word or concept, but don’t have trouble recalling the concept (the inverse of the previous point). People with this kind of brain damage are unable to to certain tasks that may seem simple to others, like going to the dentist when their gums hurt, or washing their clothes when they’re dirty, but are easily able to recall the words for these actions.

Alzheimer’s Disease: Poor episodic (autobiographical) memory is a common characteristic of Alzheimer’s disease, but semantic memory is affected as well. Patients with Alzheimer’s tend to develop language disorders and have a hard time carrying out tasks related to a word or concept.

Being able to easily recall words from our vocabulary is one of our main cognitive skills as humans. Without this, we would constantly be searching for a word in our memory and have that feeling of “it’s on the tip of my tongue!”. It’s common to sometimes forget the exact word that you’re looking for, but if it happens often, it may be a sign of poor semantic memory.

CogniFit is a professional tool that helps assess and improve access to our vocabulary. Studying neuroplasticity has shown that the more we use a neural circuit, the stronger it gets. This idea can be applied to the neural circuits related to naming, working memory, short-term memory, visual memory, auditory short-term memory, contextual memory, etc.

The ability to find the correct word for an object or concept can be improved if it is properly trained. The battery of clinical exercises from CogniFit allows you to assess and train your Naming and other cognitive skills related to memory.

How does CogniFit work? The program first evaluates your cognitive level in certain cognitive skills (like naming), and based on the results gathered, provides a complete brain training program.

The different interactive exercises are presented as fun brain games that can be played on a mobile device or computer. After each session, CogniFit will provide a detailed graph with the user’s cognitive progression.

2. Remember what’s going on around you

Its good to remember what’s going on around you: The best exercises for improving semantic memory are remembering a series of words and increasing the amount and difficulty of the word. For example, try to remember all 50 states in the United States, then the each state’s capitals, and then move on to continents and countries.

Learning new language requires us to expand and learn new vocabulary, new grammar rules, and new sentence structures. Our semantic memory is constantly being used and strengthened as we learn language.

Seeing new places and learning about new cultures can also help you find new ways of doing things. For example, if you might learn that people in a different culture eat, clean, or raise their children differently than you. Exposing yourself to these new ideas can help you adapt to situations when you’re back in your home country.

4. Give meaning to ideas by understand what you’re learning

How does the brain learn? Studies have shown that we learn better and more quickly if we give meaning to the concepts that we learn. For example, when studying for a test, you’ll learn the information much better if you give it some kind of meaning aside from the concept itself. Learn more about memory techniques.

There are a number of different exercises that you can do to help improve semantic memory. You can write down a series of basic questions that the patient has to answer. If they answer incorrectly, correct them in the moment. For example, you could ask the season in the year, the names of the months, or what are the numbers between 1 and 15.

You can also give them incomplete sentences that they have to complete. For example, “lemons are the color…”, “The capital of the USA is…”, etc.

We use our semantic memory everyday, and there is hardly any point of the day where we aren’t using it. It helps us talk, communicate, and learn about the objects and concepts of the world around us. With all of the information that we have stored in our semantic memory, it’s amazing that we’re able to keep it organized and pull up the words that we want at a given time. If you tried to re-learn the days of the week without giving it any meaning, it would be almost impossible. Semantic memory allows us to reserve cognitive resources and store more information in our brain.

Semantic memory allows us to figure out how the world works and carry out the necessary tasks to get through the day (if you’re sick, you go to the doctor), and follow “scripts” almost automatically (go to a restaurant, wait until you’re seated, order food, etc.).

Do you have any questions? Leave me a comment below 🙂

This article was originally written in Spanish by Eva Rodriguez Weisz

Scientifically Proven Healthy Habits- Get Back On Track!

Brain Plasticity – 4 Ways It Helps Our...