Your limbic system functions range from regulating your emotions to storing your memories to even helping you to learn new information. Your limbic system is one of the most essential parts of the brain that help you live your daily life. The primary structures that work together in your limbic system are the amygdala, the hippocampus, the thalamus and hypothalamus, the cingulate gyrus, and the basal ganglia. All these parts help you to be active in society, engage in social relationships, and be a well-rounded person. To learn more about the interesting ways your limbic system impacts your life, sit back and get in-tuned with all of its hard-working employees! 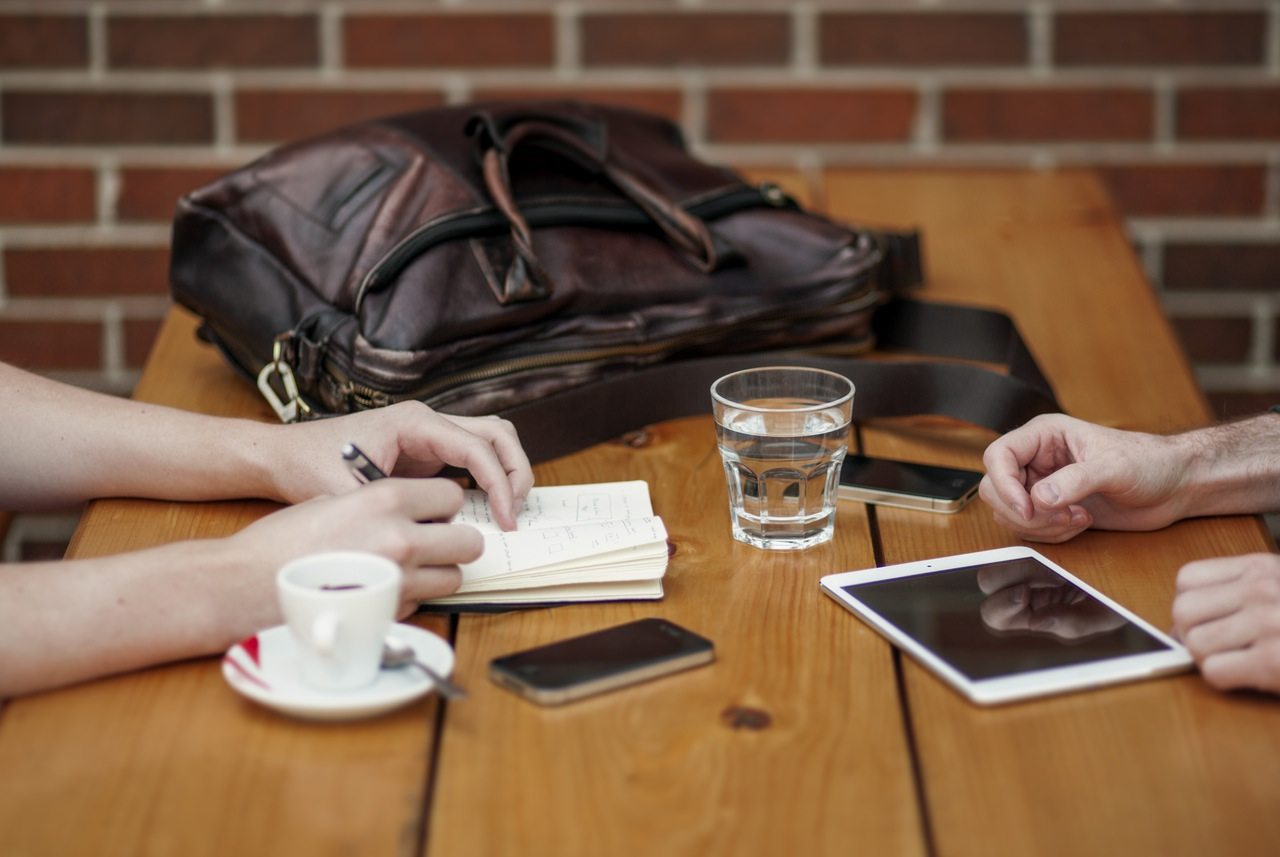 [rapid_quiz question=”What is your basal ganglia involved with?” answer=”Movement” options=”Sight|Movement|Respiration|Emotions” notes=”Your basal ganglia is the main structure that controls all of the voluntary movements your body performs”]

[rapid_quiz question=”Where do hormones originate in the brain?” answer=”Hypothalamus” options=”Occipital Lobe|Corpus Callosum|Prefrontal Cortex|Hypothalamus” notes=”Your hypothalamus is controlled by the pituitary gland which regulates how many and what hormones are released throughout your body (this is all under the endocrine system)”] Interconnected nuclei and cortical structures located in the telencephalon and diencephalon have different functions that are related to the limbic system. These nuclei main functions are of self-preservation. They regulate our autonomic and endocrine function especially as a response to emotional stimuli.

The areas critical for functions in the limbic system are two:

Here are some of the different parts of the limbic system and how they affect you:

Shaped like a small almond, the amygdala is located in each of the left and right temporal lobes. It’s known as  “the emotional center of the brain,” because it is involved in evaluating the emotional intake of different situations or emotional intelligence (for example, when you feel happy because you received an awesome grade on your math exam or when you might be frustrated because the heavy traffic is making you late for work). The amygdala is what makes the brain recognize potential threats (like if you are hiking in the lone woods and suddenly you hear the loud footsteps of a bear coming toward you). It helps your body prepare for fight-or-flight reactions by increasing your heart and breathing rate. The amygdala is also responsible for understanding rewards or punishments, a psychological concept known as reinforcement coined by the classical and operant conditioning experiments of Ivan Pavlov.

The amygdala works by being stimulated through the electrical forces of neurotransmitters (understand the different types of neurotransmitters). Many times, when this stimulation is very high, we show physical acts of aggression, like throwing tantrums, screaming, or hitting objects. If the amygdala was removed from the human brain, then we would all become extremely tame and no longer respond to things that previously caused us frustration or annoyance. Also, we would become indifferent to all forms of external stimuli, especially those related to fear and sexual responses.

This part of the brain is found deep within the temporal lobe and is shaped like a seahorse. The exact role of the hippocampus is disputed between psychologists and neuroscientists, but we generally know that it is essential in forming new memories about past experiences. The three major stages of memory forming in the brain are:

1. Sensory input from your peripheral nervous system sending neurotransmitters to your brain

2. Your brain storing those stimuli in its “short-term memory,” which holds the information for about 3-5 minutes

3. If 5 minutes has elapsed and you are still thinking about that memory, then it will enter into your long-term memory, where it will stay for virtually an endless period of time.

Your hippocampus is the main brain portion responsible for going from stage 2 to stage 3, or converting short-term memories to long-term memories.

Researchers suggest that the hippocampus is responsible for “declarative memory,” which is the ability for one to explicitly verbalize their memories (i.e. episodic memories and semantic memories). If the hippocampus is damaged, then a person will not be able to build new memories (known in neuropsychology terms as anterograde amnesia) although he or she might be able to hold onto older memories. This individual would instead live in a very strange world where everything they experience and everyone knew whom they meet just fades away. A classic example of this is seen in the movie 50 First Dates, where Drew Barrymore plays the lead role of a girl with short-term memory who loses memory every night being with her beloved during the day.

These structures are both associated with changes in emotional reactions. The thalamus is known as the “way-station” of the limbic system because it aids in communicating what is going on in the system with the rest of the brain. It connects areas of the cerebral cortex that are involved in sensory perception and movement with other parts of the body associated with sensation and movement. It has control over your peripheral nervous system, which moves sensations from the body through the spinal cord into the brain. Specifically, it works alongside these major lobes in the brain:

The thalamus has other functions for your body as well, like controlling your sleep and awake states of consciousness. It sends signals from the brain to the rest of the body to reduce your perception of sensory information while sleeping, which is why you wouldn’t necessarily feel if an ant was crawling on you or someone put their hand on your arm gently while you were sleeping. The thalamus also is involved in motor controls, relaying sensory signals to the cerebral cortex, forming memories and expressing emotions, and perceiving pain.

The hypothalamus is a small piece located just below the thalamus and has lesions on it that are the driving forces behind our major unconscious activities, like respiration and metabolism. One of its central functions is homeostasis for the body, which is returning it from either too much excitement or too little pleasure to a calm “set-point” from which we behave “normally.” It is one of the busiest parts of the brain because it also helps drive other motivated behaviors like hunger, sexuality, and aggression. The lower side of the hypothalamus seems to be involved with pleasure and rage, while the middle section is associated with displeasure, aversion, and uncontrollable and loud laughter. Because the hypothalamus also regulates the functions of your autonomic nervous system, it controls things like your pulse, blood pressure, breathing, and arousal response to emotional circumstances. Recent biological studies have shown that when we overeat, a protein called leptin is released by fat cells in our bodies. The hypothalamus is the first part of the brain to sense these high levels of leptin in the bloodstream so it will respond by decreasing our appetites. Some research suggests that some people have a mutation in the gene which produces leptin, so their hypothalamus is unable to recognize that they are overeating. However, there are many overweight individuals studied who do not have this mutation, so work is still being done in this research idea.

The hypothalamus also works in coordination with the pituitary gland, known as the “master gland.” It is chemically and neurally related to the pituitary gland, which as a result of its control, pumps hormones called releasing factors into the bloodstream. The pituitary gland has the central control over your endocrine system, so it releases hormones that are essentially important to regulating growth and metabolism for you.

This part is located in the middle of your brain next to the corpus callosum. Not much is known about the cingulate gyrus, but researchers suggest that this is the area that links smell and sight with pleasurable memories of previous experiences and emotions because it provides a pathway from the thalamus to the hippocampus. This area is involved with your emotional reaction to pain and how well you regulate aggressive behavior.

The anterior cingulate gyrus deals with the vocalization of emotions. It has connections with speech and vocalization areas of the frontal lobe, which includes Broca’s area, a brain piece that controls motor functions involved with speech production. People with Broca’s aphasia, or an impairment in their Broca’s area, are unable to fluently produce speech to convey what exactly is in their mind but they are able to fully comprehend the speech and writing of others.

The cingulate gyrus also is involved in the emotional bonding and attachment between a mother and her child because of the frequent vocalization that takes place between mothers and their infants, so children feel deeply attached to the voices of their mothers. Because the cingulate gyrus is connected with the amygdala, it processes emotions and is responsible for fear conditioning and relating memories to sensory information received from the thalamus.

This area is an entire system within itself located deep in the frontal lobes. It organizes motor behavior by controlling your physical movements and inhibiting your potential movements until it gets the instructions to carry them out, based on the circumstances that you are in. The basal ganglia also participate in rule-based habit learning; choosing from a list of potential actions; stopping yourself from undesired movements and permitting acceptable ones; sequencing; motor planning; prediction of future movements; working memory; and attention.

In general terms the limbic system functions are as follows:

To end this fantastic article we leave a video with a song to learn the limbic system functions. Hope you enjoyed the article and feel free to leave a comment below.